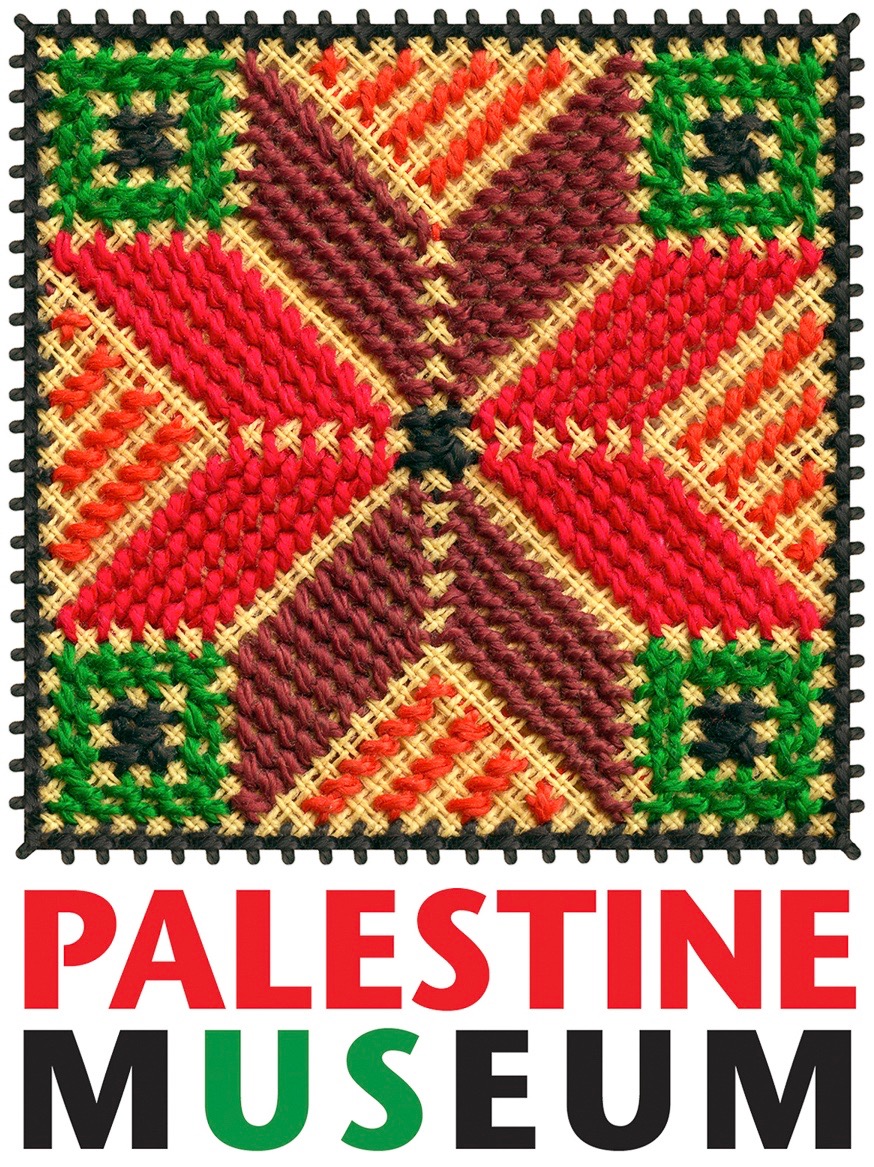 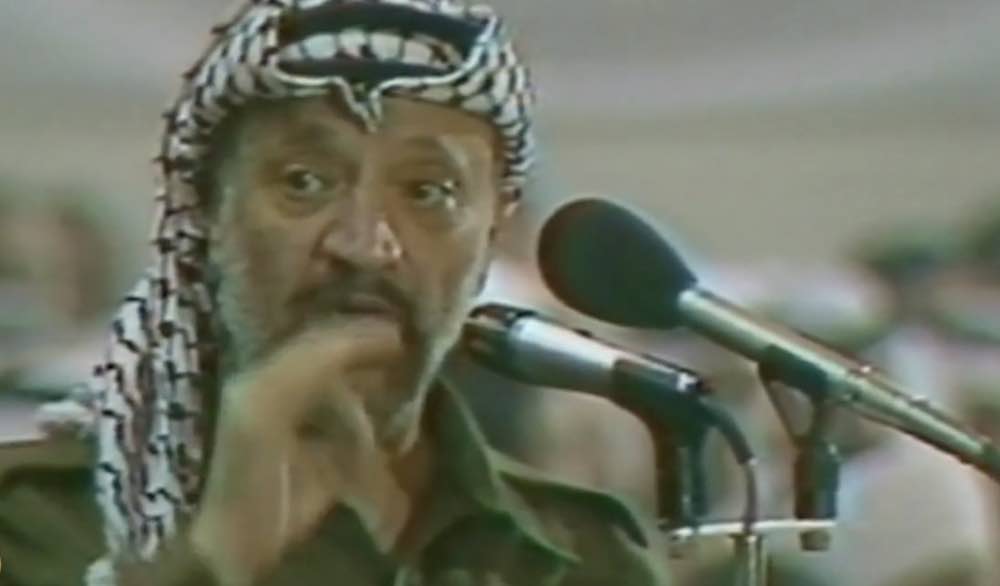 screening of the film "Life in the Shadows: Palestinians in Lebanon ",

The film screening will be followed by a discussion with the audience..

By Rawan Damen, the director of The Price of Oslo

For most people, the Oslo Accords will forever be symbolised by the grand public signing ceremony that took place on the lawn of the White House on September 13, 1993. Far fewer people, however, are aware of the fact that the Accords were actually signed several weeks earlier, on August 20, in a guest house in Oslo, or of the seven-hour long telephone conversation, on August 18, that was instrumental in bringing the Palestine Liberation Organization (PLO) and Israel to the point where they could be signed.

When I started work on a 100-minute documentary on the Accords to be broadcast around the 20th anniversary of their public signing, I had read the wording of the agreement and knew that the secret negotiations were mediated by the Scandinavian country of Norway. But beyond that, I had more questions than answers. Why Norway? Who was actually present at the negotiations? How were the myriad issues approached and resolved?

After six months of research and numerous interviews, I was certain that light needed to be shed on the aspects of this story that had been intentionally left unlit.

In 1974, Norway was one of just eight countries that voted against granting the PLO a stature in the UN General Assembly.

At the time, 87 of Norway’s 157 parliamentarians were members of what was called the Friends of Israel Foundation, and the country’s ruling Labour Party shared more than just its name with the Israeli Labour Party. Neither of these facts were ever a secret and while to many they might have seemed reason enough to prevent Norway acting as a mediator in the peace process, some parties were of the opposite view altogether; not least of all the PLO, which was particularly enthusiastic about using Norway as a back channel for any negotiations, and the Norwegian foreign ministry, which embraced the role with gusto.

Why was Norway involved in the Oslo Accords?

One of the most interesting discoveries to emerge from my research did not in fact directly relate to the Accords but instead pertained to events 14 years earlier. The year was 1979 and, as the PLO was defending its position in Lebanon, a revolution was erupting in Iran. Iran under the shah had not only been a key ally of Israel, it had also supplied oil to the growing state. But the revolution changed that, and Israel and the US were forced to look elsewhere for a supplier. They sought a country that not only had an abundance of newly discovered oil, but which was also wealthy enough to be able to offer it at a reasonable price. That country was Norway.

The foreign ministry of Norway, while ready to be of support to its long-time friends, was concerned about the safety of Norwegian members of the UNIFIL force that had been in place in southern Lebanon since 1978. Norwegian diplomat Hans Longva was sent to discuss the matter with Yasser Arafat, the leader of the PLO. Much to his surprise, Arafat immediately supported the Norwegian plan to guarantee an oil supply to Israel. He had just one condition: that the Norwegians should provide a secret back channel to Israel when needed.

The Norwegians would keep their promise – but not for another 10 years. Initially, as Jan Egeland, Norway’s deputy foreign minister during the early 1990s, explained in our documentary: “It takes two to Tango; we did not have the Israeli side.”

But that changed in 1989 when, at the peak of the Palestinian Intifada, Israel was feeling both the economic and moral strain. In a bid to ease international pressure and stop the losses inflicted upon it, Yitzhak Shamir, the then Israeli prime minister, declared: “Stop the riots and let us talk.”

With both parties now ready to tango, the Norwegian foreign ministry started taking concrete steps towards mediation. Thorvald Stoltenberg, the then Norwegian foreign minister and, interestingly, father of the current prime minister Jens Stoltenberg, formulated a team of six to prepare and administer the negotiations. It was a close-knit team of co-workers and relatives.

The secret negotiations that followed ran in parallel with the official bilateral negotiations taking place in Washington in the wake of the Madrid peace conference. While the PLO was not represented officially at those talks, a Palestinian delegation headed by the physician Dr Haidar Abdel Shafi and featuring academics and legal advisers was present.

The two sides proved intractable and, eventually, the Palestinian team, which had only been allowed to attend under the umbrella of a joint Jordanian-Palestinian delegation, walked out of the negotiations in protest at the expulsion of 400 Palestinians from the West Bank and Gaza Strip. The expulsion reflected, in the eyes of the Palestinian delegates, the real intentions of the Israelis. Compounded by the continued building of illegal settlements, it became clear that little agreement would be reached across this particular negotiating table.

A weakened PLO would, however, soon enter the fray once again. Arafat’s PLO was paying the economic price for supporting Iraq’s Saddam Hussein during the first Gulf War as Gulf states withdrew their financial support. So, instead of pursuing its battle with a determined delegation in Washington, the Israelis chose to negotiate with a weakened partner. In the words of Ron Pundak, a member of the Israeli negotiating team in Oslo, the “PLO before Oslo was almost dead”.

The secret negotiations focused on a consecutive series of concessions made by the PLO leadership towards a deal that would not only solve their economic crisis but also open US and international venues to an organisation once boycotted as a terrorist group.

Perhaps the most interesting aspect of the secret negotiations is the fact that the Norwegian ministry of foreign affairs does not hold a single document pertaining to the talks, despite them being mediated by employees from the foreign minister’s office. To date, these documents remain missing and unaccounted for, excluding a handful kept by Terje Rød-Larsen, one of the Norwegian team members who later became the UN resident coordinator for the Palestinian people. His wife, Mona Juul, was also a member of the mediating team and later became Norway’s ambassador to Israel. Twenty years after the conclusion of the secret negotiations, Rød-Larsen refuses to return the documents he possesses to the Norwegian foreign ministry.

As part of the documentary, I also wanted to consider why, 20 years after the Oslo Accords, peace between Israelis and Palestinians remains elusive. The timing is apt, for it seems that while we turn a blind eye to the results of Oslo on the ground, further peace agreements are being discussed, more talking is being done and yet more concessions are being signed by members of the Palestinian Authority (PA), itself fully dependent on outside funding.

Norway heads the list of international donors supporting the PA. But ominously, on August 28, Espen Barth Eide, Norway’s foreign minister, stated: “[The] world will not bankroll Palestinian state-building forever.” He added: “I also think that the Palestinians must now be ready to make some concessions, first and foremost on contributing a sense of security for the people of Israel.”

For those who fear this does not bode well for prospects for peace, it may be worth reflecting on the words of Anis Fawzi Qasim, a member of the Palestinian team at the Washington negotiations in 1991/1992. Referring to the Geneva Conventions, he says: “For any nation under occupation, if forced by the occupying authority to sign an agreement that impinges on its rights, then that agreement is considered absolutely void.”